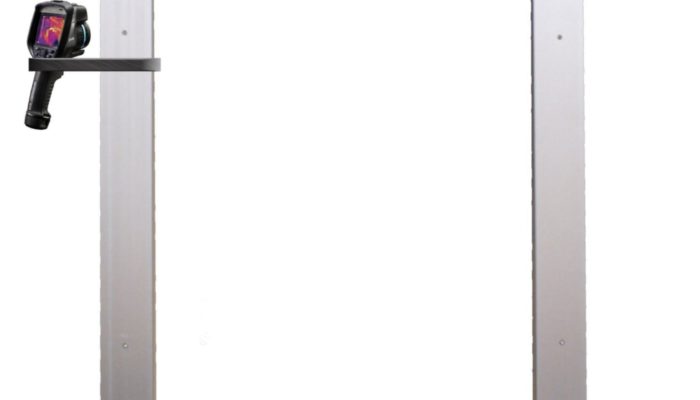 By admin
Recent Posts
Last modified on May 20, 2020 No Comments

School shootings have shaken the United States in recent years. Sandy Hook, Virginia Tech, Columbine, and Parkland are horrific examples of tragedies involving weapon-toting perpetrators. The armed offenders were either students at the school or visitors who forced entry into the building. Increased mass violence is shocking and unsettling, robbing U.S. families, as well as the general public, of peace of mind. The country has gained negative press worldwide due to media coverage from these events.

Everyone from educators and administrators to criminologists and psychiatrists are trying to determine the root cause of escalating mass violence in the U.S. Criminal profilers cite theories for motives including bullying, mental illness, media hype, the desire for power, abuse in the home, and lack of spiritual upbringing. Regardless of the cause, the need for security detection devices in schools and public places is becoming evident.

Years ago, the biggest concern in terms of school security was breaking up fights on the playground. Over the past 20 years, however, the security landscape at our nation’s schools has changed greatly, and parents and school administrators now must be on the lookout for threats that were never a concern before. This has led many schools to rework their school security systems, installing video surveillance, secure entrances through which guests must be buzzed in, and devices such as school metal detectors to help weed out potential threats.

Placing weapons detectors in schools has been a controversial discussion, and there are a lot of things to think about before making the decision to purchase them. Here’s a rundown of some of the pros and cons:

Weapon Confiscation – The first benefit is probably the most obvious one— the ability to detect and confiscate weapons from anyone entering the building.

Deterrence – Confiscation isn’t the only major benefit of metal detectors. According to experts, just the presence of the machines alone is often enough to prevent someone from entering or even thinking of entering the building with a weapon. And this is especially true for the students and staff walk through the machines on a regular basis.

The Large Expense – Probably the biggest con in the eyes of many is that the addition of metal detectors to every school will have a huge fiscal impact. In fact, according to one school district in South Carolina, “The non-recurring cost to install three walk-through metal detectors at each of 1,200 schools is $14,400,000. However, more may be required due to unique configurations at individual schools. If the metal detectors can be staffed with existing personnel, there will be no recurring impact. If the metal detectors require dedicated staffing, using assumptions similar to those used for state agencies, the recurring cost to school districts could be $98,277,000 or more.”

Implementation – At the end of the day, metal detectors are only effective if properly implemented and monitored. Even the most well-run weapons detector system isn’t 100% foolproof. Basically, they’re only as good as the person running them. Experts argue that schools are very unlikely to be able to operate a 24/7 weapons detector program. As mentioned above, it would require an enormous amount of money and manpower to implement the use of metal detectors continually and properly in schools. And if these metal detectors can’t be monitored all the time by trained professionals, they will be rendered useless and the initial expense to taxpayers will have been a huge waste.

However, there are new alternatives to traditional weapons detectors. Companies like Passive Security Scan Inc., a subsidiary of Defense Technologies Corporation (OTCMKTS: DTII), and their patented Passive Scanning Technology™ non-invasively detects weapons by reading subtle changes in the Earth’s magnetic field. Traditional metal detectors are “active-sensing”. Meaning, they emit potentially harmful radiation that may cause damage to bodies with prolonged or frequent exposure. Students, faculty, and employees who will pass through weapons detection systems several times every day, could equate to 180 – 400+ radiation exposures per school year.

Merrill Moses, CEO of Passive Security Scan Inc. said, “The challenges facing today’s institutions are growing and ever expanding. We are thrilled to be able to offer the only safe, radiation-free solution available on the market today. There are enough risks we face on a daily basis and we believe that reducing the radiation we come into contact with… is a preventative measure we can all afford to embrace.”

« Gardening faux pas’: How to avoid the classic mistakes7 Tax Tips for Your Home Business »