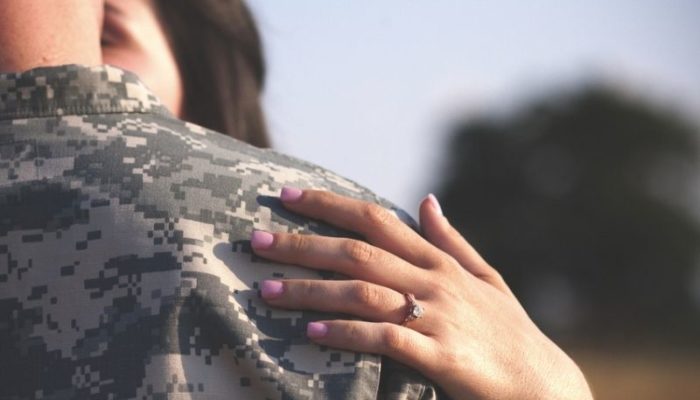 What Military Couples Can Struggle With In Their Relationships

By Web admin
Recent Posts
Last modified on May 28, 2021 No Comments

Military couples are like civilian couples in the fact that a number of relationships ultimately end in divorce. Being in the military is going to provide more challenges than a civilian relationship would. Living on base can make it difficult to feel like you are ever getting away from work. The beauty of having a very stable job and financial stability are benefits that military couples have. Struggles are abundant due to the stress of the jobs and separation that is a staple of military life from time to time. The following are things that military couples can struggle with in their marriages.

Being stationed in a different location multiple times can be tough for everyone. Hopefully, this includes some sort of promotion when relocating but this is not always the case. You can be stationed overseas which can make it difficult for a spouse to stay in touch with their family. Getting used to a specific location can be tough especially when you have to move to a location that is far different. A spouse that grew up in a military family might be far more accepting of this lifestyle than one that grew up in a civilian family.

Deployments can be extremely difficult on even the most seasoned of military families. Being separated from your spouse is tough although streaming technology has made this far easier. Making an effort during this time and scheduling calls is imperative. Deployments are far harder to deal with due to the lack of contact while being restationed at least means you stay with your family. Deployments will never be easy for a military couple although pay, when you are deployed, is higher.

conditions common to veterans. The fact that a number of military branches enjoy to let loose during leave can help contribute to this. Addiction impacts all walks of life regardless if it is a family on public assistance or the family of a famous politician. Seeking help can be a bit less of a hassle for veterans when visiting that of the VA. Looking into a military divorce attorney New Bern or one in your area is an option if your spouse refuses to get help.

Secrets Can Be Prevalent

A number of married couples can tell each other everything about their job or their day. The truth is that so many military couples cannot tell their spouse what they are working on. There are secret missions so a spouse might not even know where their significant other is deployed to. Most of the time, this won’t be a huge issue unless you are married to an expert trained military professional.

Military married couples face a very different number of problems than their civilian counterparts. Military marriages do not always last but it is important to use the resources available to you before you completely give up on the marriage.