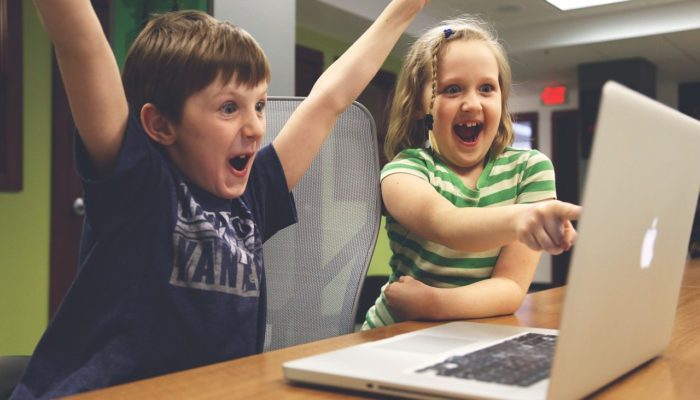 Gaming for Teen’s – One Step Further

Before the invention of Sony’s Play Station and Microsoft’s X-Box gaming consoles, children played outdoors or rode bicycles. Now, getting children outside can be a difficult task.

PC games and gaming consoles take up so much of our children’s time. The world of gaming is continuously growing every day. How can you let your teen expand their mind when it comes to gaming. What about making them create their own games? You can give your teenager the ultimate gift, allowing them to use their ideas to develop their own game.

Not only are you letting them use their imagination, but you’re also teaching them technical skills on the PC that they wouldn’t usually have exposure to.

So how can you give your children this fantastic opportunity and allow them to learn skills using a computer?

It’s simple. Get them the best game making software for beginners. This education tool will keep them entertained for hours on end and teach them skills they can use for a lifetime.

This kind of software is a platform that allows you to build your own game. Children and adults alike can learn the basics of programming while they create their very own game.

The tool doesn’t need any installation, so users can save time building the game rather than having to install the program onto a computer. It’s versatile, so it runs on various operating systems.

It doesn’t matter you are using Mac, Windows, or even Linux; whatever operating system you are using, you can run this type of program.

What Kinds Of Games Can You Create?

This versatile, 2-dimensional game platform allows you to design games or puzzles. If you’re a fan of role-playing entertainment, then create an RPG. If that’s not your thing, you can build shooting games or racing games.

For the intellectuals, there’s also a section that houses physics games. If regular games bore you, then challenge your mind with games that will test your physics knowledge. If these physics games are right up your alley, then you really can tell your parents you are learning something from gaming.

Do You Need Prior Training to Use This Type of Program?

Not at all. The interface runs in the browser and uses a simple drag and drop functionality. There are additional features that are easy to navigate. If you get stuck, visit the forums board on the company’s web site and read similar comments and posts to guide you along.

The site also holds a library of tutorial documents and guides for those who want to take the time to learn as much as they can about game creating.

Can I Share the Game When I’ve Finished Creating It?

Yes. You can export the game to a multitude of platforms for others to enjoy. You can publish your creation to Steam, iOS, Android, and even to Xbox One.

It’s a great way to get your creative juices flowing while learning web-based tools and interfaces.

Who Can Use This Program?

The site should have a tick box for users to confirm that they are older than 16 years of age. It’s not recommended for players younger than this.

Gamers created the platform for players. You can enjoy hours of fun and entertainment, all the while putting your imagination to the test. So instead of letting your teenagers play mindless games, instead let them put their brains to work and create their own game from scratch.

The positive side of letting your kids create their own games is that they can learn to think logically.

We understand that creating your own game is not for everyone. There exist many popular games already that you can play with your friends online. Find a game that suits you and your friends by checking this guide on popular online games.